The Ministry of Energy and Energy Industries’ press release addressing
the matter of gas supply negotiations between NGC and CNC:

Jan 26, 2018
The Government has noted with a high level of concern the language being used by the Caribbean Nitrogen Company (CNC) in its public utterances with respect to the breakdown of commercial negotiations it was involved in with the National Gas Company (NGC).

It is no secret that there have been, and are, gas curtailment issues currently affecting our hydrocarbon industry. It is also not a secret that NGC from 2019 has to pay significantly higher prices for gas.

The behaviour of CNC which has shareholders who hold significant shareholding in other plants in Pt. Lisas is instructive and disappointing. There is no entitlement to gas supply without an agreed and executed contract. It is the Government’s understanding that NGC’s gas supply agreement with CNC expired and the parties were unable to agree pricing issues for gas supply from 2018 to 2023.

The gas supply situation and in particular, the pricing of gas has changed significantly and the Government has been, and will be, engaging upstream gas suppliers and downstream gas purchasers to address this. Whilst NGC and the Government remain committed to supplying the downstream hydrocarbon players with gas, they will not be bullied by CNC, its affiliates or anyone for that matter, to act in a manner that is detrimental to NGC and ultimately the citizens of Trinidad and Tobago.

Transfer pricing and avoidance of tax issues have long been a part of the behaviour of some in the industry and these are also issues being looked at by the Government.

In closing, the Government encourages CNC to stop its petulant and threatening behaviour and return to the table of negotiations with NGC. 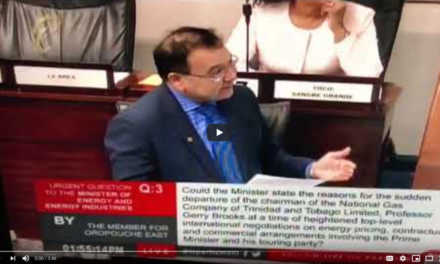 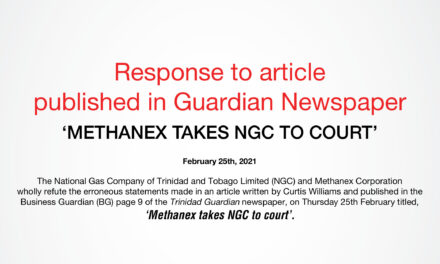