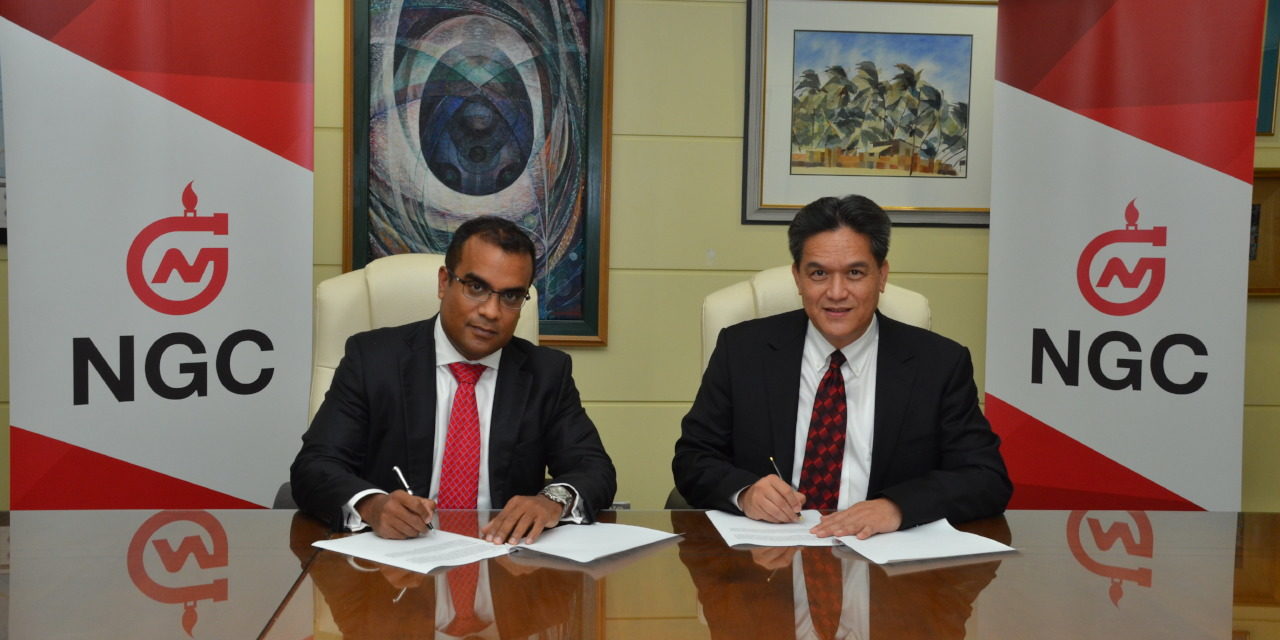 29th August 2018, Point Lisas
The National Gas Company of Trinidad and Tobago Limited (NGC) and DeNovo Energy Limited (DeNovo) today announced that the two companies have signed a Gas Sales Agreement (GSA) for the sale of natural gas from DeNovo’s Block 1(a) asset to NGC. NGC, through NGC E&P Investments Limited (NGC E&P), owns 20% of Block 1(a) through a Joint Venture with DeNovo who owns 80% as the operator.

The GSA was signed in anticipation of DeNovo’s delivery of natural gas later this year from the Iguana field in Block 1(a), which is the first natural gas development to take place in the Gulf of Paria, off Trinidad’s west coast.

When a Pivotal Role Energises Progress