Chairman of Trinidad and Tobago NGL Limited (TTNGL), Mr. Gerry C. Brooks, recently announced a final dividend of TT$1.00 per share on the basis of improved financial results for the year ending December 31st 2015. TTNGL recorded after tax earnings of TT$402.8 million in 2015. “This is a significant improvement over the loss of TT$804.2 million incurred in 2014,” according to Chairman Gerry C. Brooks in his announcement to shareholders. The Chairman also indicated that the cumulative dividend for 2015 was TT$1.50. The final dividend of TT$1.00 will be paid on May 6th, 2015.

Mr. Brooks noted that TTNGL’s underlying asset, Phoenix Park Gas Processors Limited (PPGPL), was impacted by lower NGL product prices. These prices were strongly linked to crude oil prices, which fell sharply in 2015. TTNGL’s lower share of profit from investment in PPGPL was off-set by a partial reversal of TT$235.2 million of the impairment loss of TT$1.1 billion, which was recognised in 2014. The reversal was driven by a 27% increase in the terminal value used in the annual impairment review and based on revised long-term projections. Overall, this translated into earnings per share of TT$2.40 in 2015, versus the loss of TT$4.87 experienced in 2014.

TTNGL was formally listed on the Trinidad and Tobago Stock Exchange in October 2015. It stimulated trading positively on the local exchange when approximately two hundred million dollars of shares were traded in the first week of trading following the launch of the Initial Public Offering (IPO). The IPO was also oversubscribed by 1.77 times of the number of shares offered for sale. It was the largest IPO on the local stock exchange.

The Chairman reaffirmed PPGPL’s strategy of broadening its revenue base through growth of its core business in T&T, pursuit of aggressive international growth in core NGL and related businesses while continuing to rationalise costs. This has contributed to profit in 2015 and will lay a solid foundation for activity in 2016. He thanked staff for their support given the very challenging conditions facing the industry globally while expressing cautious optimism for 2016. 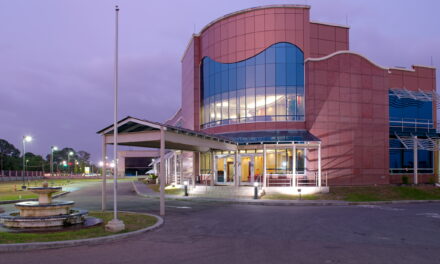