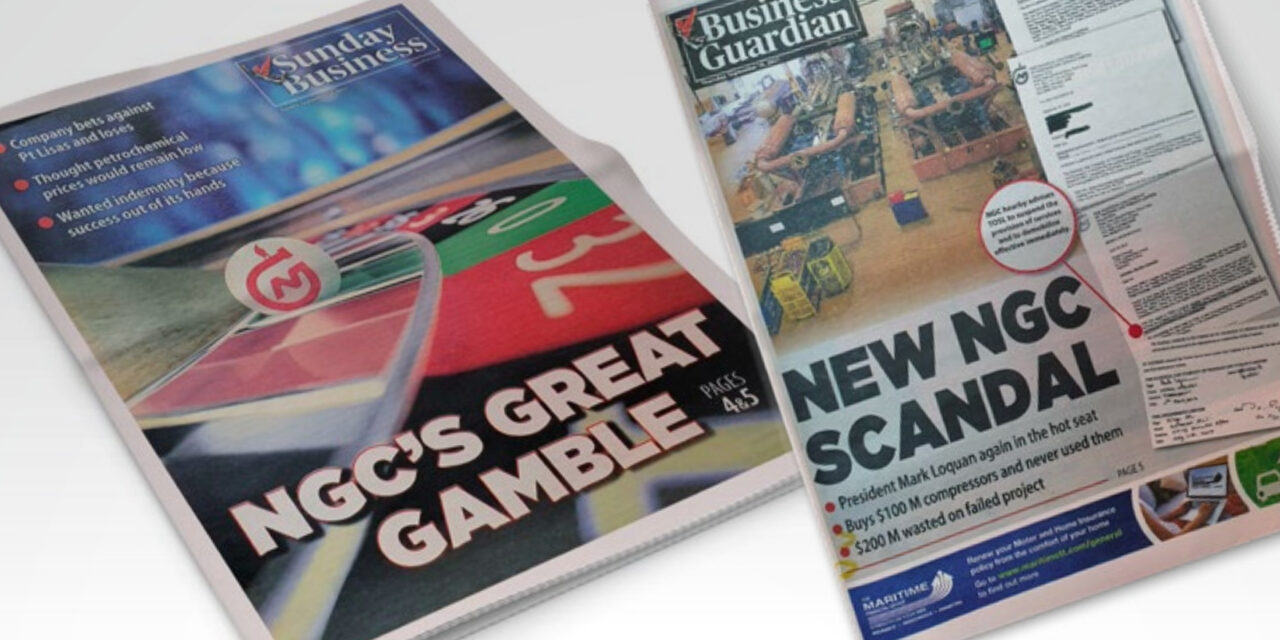 Over the past few weeks, the Trinidad and Tobago media have reported on ‘mismanagement’ of NGC. While we at NGC support public education and information, it is unfortunate that the focus should be on specific outcomes that did not deliver expected returns, rather than highlighting the positive investments that have positioned NGC for growth and success in an evolving energy landscape. These include stability of the sector at a time of significant decline, reduction in liabilities and exposure in the future, getting value across the entire energy value chain, and preparing for a green future. Each of those decisions was approached with the same rigour, with the same analysis of risk and return, and in compliance with established policies and procedures.

Over the years, the Boards, Presidents, and Leadership Teams at NGC have been presented with opportunities to create value for Trinidad and Tobago, and have made informed decisions based on available data and projections in a volatile and uncertain environment, always with a strategic lens on future impact. Some of these investments that would have had to be made did not necessarily produce expected outcomes due to changing circumstances—This is the nature of risk, which any entrepreneur or profit-driven company will appreciate.

Calculated risks are necessary for growth, and every success that NGC has achieved has involved a measure of risk.

To suggest that decisions that did not bear out intended results were reckless decisions is to deliberately ignore the uncertainty that comes with making any investment that extends into the future, particularly in our commodity-linked business, governed by rapidly changing external markets.

We at NGC support the role the media plays and respects its role in reporting on issues of national interest. That said, we hold an often-unmet expectation that in fulfilling that role, the media would commit to balanced reporting. Articles which present partial, uncontextualised details represented as a complete analysis can be misleading and destructive.

Media Release: JBIC Pleased with Progress by CGCL and NGC