NGC Assists in Upgrade of Lighting System at Guayaguayare

The National Gas Company of Trinidad and Tobago Limited (NGC) was proud to spearhead a project in partnership with T&TEC to upgrade the lighting system at La Savanne Recreation Ground in Guayaguayare. NGC contributed over TT$1million to this project. The million dollar facility improvement included the installation of lamps and poles, construction of a switch room, installation of electrical panels and the upgrade of overhead line infrastructure. Works were completed in the 4th Quarter of 2015.

At a formal ceremony at the La Savanne Recreational facility on Wednesday 16th March 2016, NGC’s Vice President of Gas Transmission and Distribution, Mr. Ronald Adams, noted that “NGC’s involvement in the project came from the Company’s Corporate Social Responsibility programme in the community of New Lands, Guayaguayare.”

Addressing specially invited guests, including The Honourable Brigadier General, retired, Ancil Antoine, Minister of Public Utilities; Senator, the Honourable Clarence Rambharat, Minister of Agriculture, Land and Fisheries; Mr. Rushton Paray, Member of Parliament for Mayaro, and Mr. Keith Sirju, Chairman of T&TEC, Mr. Adams stated that, “NGC was naturally enthusiastic to facilitate the request for assistance from the Mayaro/Rio Claro Regional Corporation in refurbishing the La Savanne Grounds”. He thanked both T&TEC and the Mayaro/Rio Claro Regional Corporation for their work on the project.

NGC has had an active presence in the Mayaro/Guayaguayare region for over 30 years. Beachfield, located in Guayaguayare, is the focal point of NGC’s aggregation of the natural gas received from the offshore transmission pipelines which on reaching landfall and the Beachfield facility, traverse the countryside to gas-based installations and facilities adjoining the Company’s vast rights of way. Indeed, NGC’s slug-catcher at Beachfield is a major centralised natural gas and condensate processing facility with a design throughput capacity of 3 Bcf/d.

Mr. Adams also noted that, “With this successfully completed, the Recreation Ground is now safer and more comfortable to use, both by day and night. We believe that what NGC, and all other participants in this project have achieved, is not just the enhancement of a recreation ground, but the provision of an opportunity for this community to come together to socialise, interact, and improve its wellness. 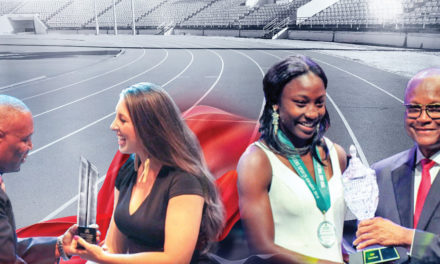 Powering the Progress of Our Athletes 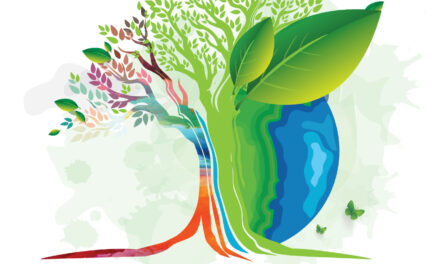