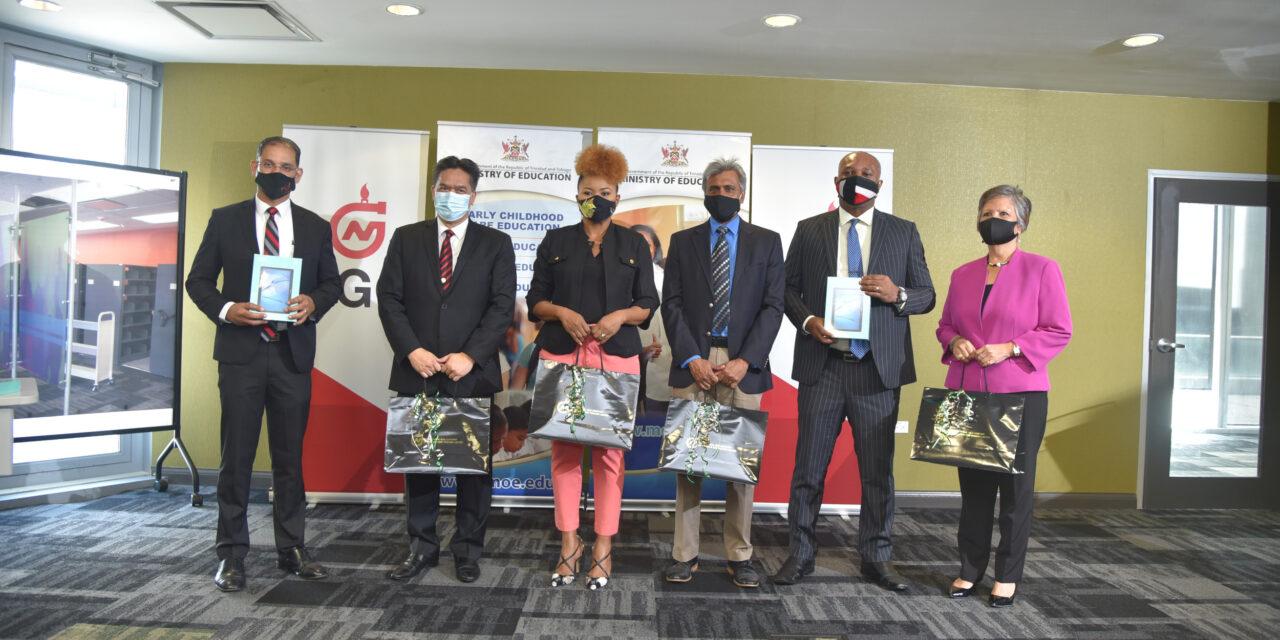 On Friday November 20 th 2020, the NGC Group of Companies—comprising NGC, National Energy Corporation of Trinidad and Tobago (National Energy), Phoenix Park Gas Processors Limited (PPGPL), NGC CNG Company Limited (NGC CNG), and La Brea Industrial Development Company Limited (LABIDCO)—committed support to the Ministry of Education’s (MOE’s) ‘No Child Left Behind’ public engagement initiative. This initiative was launched to facilitate both the synchronous and asynchronous learning that is part of the “new normal” in education, and aims to equip children in need with devices to access learning platforms and other resources.

At a media event held at the MOE offices in Port of Spain, NGC President Mark Loquan revealed that the NGC Group would donate $2,000,000.00 worth of laptops and tablets to Primary and Secondary schools in communities near the Group’s installations across the country. Beneficiaries will include schools in Couva, Penal, La Brea, Mayaro, Guayaguayare, Couva, Point Fortin, Toco, and Moruga among others.